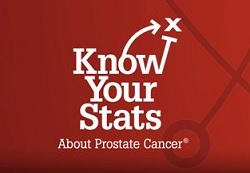 September signals the start of the football season and Prostate Cancer Awareness Month. The National Football League (NFL) and Urology Care Foundation have joined forces to heighten awareness through the Know Your Stats About Prostate Cancer® program.

I'm not a urologist, but I think I bring unusual skills to the program. For the past 32 years, I've been in the private practice of psychiatry and have had the chance to address emotional concerns of men and family members who deal with prostate cancer. When I'm not practicing psychiatry, I provide the stats for the announcers at numerous NFL and college football games.

In the NFL, the offense is sometimes given the good fortune of "first down and five yards to go". "First-and-five" might be good news for the offense, but "1 in 5" is not such good news in other ways. Sadly, "1 in 5" is the chance of an African-American male getting prostate cancer, that's nearly fifty percent higher than the overall male population.

During the NFL season, quarterbacks have about 1 out of 3 passes fall incomplete. That ratio also represents another prostate cancer stat. 1 in 3 men with a family history of prostate cancer will be diagnosed.

Know Your Stats spokesman, prostate cancer survivor and Pro Football Hall of Famer Mike Haynes scored 5 return touchdowns in his outstanding career. All 5 of those touchdowns came in the first half of games and his team won all 5 games. Similarly, doing something early to assess the possibility of having prostate cancer will give a man a better chance to "win" against the diagnosis.

Perhaps the most vital stat to keep in mind is that no one player can win an NFL game by himself. He needs the efforts and support of teammates to win and that's no different than what is needed to defeat prostate cancer. Suffering in silence won't help. Lean on the support systems in your life. 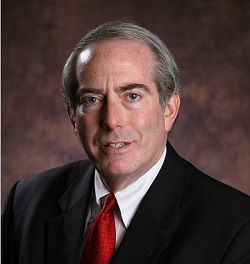 Dr. Richard Winer is a psychiatrist in private practice with North Fulton Psychiatric Care, P.C. in Roswell, Georgia. He has been in practice 32 years and has done considerable work with adults and children dealing with ADHD, depression, and anxiety.

Dr. Winer also works as a football statistician providing the statistics, records, and trends for the announcers at numerous NFL and college football games. He has covered over 20 Super Bowls and ten SEC Championship Games among other games for various broadcast outlets.