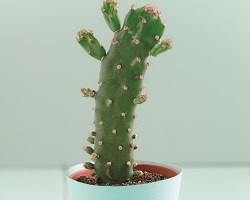 We are reaching the closing days of Men's Health Month 2019, a time to raise extra awareness and promote men's health facts. There is heightened awareness for importance of staying informed about preventable health issues facing men during June.

This includes staying informed about what may affect a man's penile health.

The other 2 tubes are called the corpora cavernosa. These are soft, spongy tubes that fill with blood to make the penis stiff during an erection. The 3 tubes are wrapped together by a very tough fibrous sheath called the tunica albuginea. During sex, the stiffness of the penis makes it hard enough to push into the woman's vagina. Then the urethra acts as a channel to carry semen into the vagina.

Erectile dysfunction, or ED, is the most common sex problem that men report to their doctor. It affects as many as 30 million men. ED is defined as trouble getting or keeping an erection that's firm enough for sex.

Though it's not rare for a man to have some problems with erections from time to time, ED that is progressive or happens routinely with sex is not normal, and it should be treated.

Ejaculation is the release of semen from the body. Premature ejaculation (PE) is when ejaculation happens sooner than a man or his partner would like during sex. Occasional PE is also known as rapid ejaculation, premature climax or early ejaculation. PE might not be a cause for worry. It can be frustrating if it makes sex less enjoyable and impacts relationships. But if it happens often and causes problems, your health care provider can help.

In the U.S., about 1 in 3 men 18 to 59 years old have problems with PE. The problem is often thought to be psychological, but biology may also play a role.

Cancer of the penis is rare in the United States. But, if you are at risk, finding it early is critical.

The earlier penile cancer is found, the better. If it's found early, there is a good chance for successful treatment and a cure. If diagnosis is delayed, the disease can get worse.

Since you see and touch your penis when you urinate, you can help spot the disease early. Men who aren't circumcised are at greater risk for penile cancer. But every man should be on the lookout for penile lesions.
Penile cancer is often, unfortunately, ignored until it is advanced. Patients are reluctant or embarrassed to talk about their genitals. Or, they may be afraid of treatment or surgery on the penis. If you notice any of these signs, it's important to have them checked by a health care provider as soon as you can.

Peyronie's disease is where plaques (segments of flat scar tissue) form under the skin of the penis. These plaques can cause the penis to bend or become indented during erections. The plaques can often be felt through the skin, and can also be painful.

For many years Dr. Aaron Spitz of Orange County Urology Associates has worked with the national media to communicate with patients and their loved ones about men's health issues, such as penis health. As part of his outreach he was interviewed for an episode of the Urology Care Podcast called Penis Health 101, which you can listen to as part of our podcast or read about on our CareBlog.