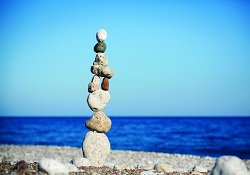 As a surgeon who performs many kidney stone procedures, I am excited about the amount of research and new technologies that have emerged in recent years. We are seeing new techniques and devices that really make a difference for patients. Today, I see three recent innovations that are improving kidney stone surgery in a variety of ways: new holmium laser technologies, miniaturized surgery, and disposable ureteroscopes.

A new high-powered laser uses a patented technology called "Moses" to make it easier to remove kidney stones. Procedures are faster and potentially safer. With Moses, the stone doesn't move as much after the laser hits it, and it is easier to accurately hit stones that are moving as the patient breathes. This makes it easier for surgeons to break down stones without damaging surrounding tissues and causing bleeding.

Newer high-powered lasers, including those with Moses, also let surgeons remove kidney stones by "dusting" them (breaking stones into a fine powder). After surgery, people who have "dusting" may not need a stent in the ureter, which can be uncomfortable. Using high-powered lasers, the procedure can be performed more efficiently by removing more stone volume per unit time, which helps reduce the procedure time.

A Miniaturized Procedure Could Reduce Bleeding

In a procedure for larger kidney stones called percutaneous nephrolithotomy (PCNL), surgeons make small incisions in the lower back, and then use a small camera and instruments to break up and remove the stones. Now, with a technique called "mini PCNL" or "mini perc," incisions and instruments are smaller.

This is part of a general trend to makes many types of surgery less traumatic, with less cutting. Theoretically, this means there is less bleeding and less pain during recovery. However, more evidence is needed before we can say if mini perc has these effects.

New single-use, disposable ureteroscopes ("scopes") have the potential to give more patients access to ureteroscopy to treat their stones. Re-usable scopes are expensive, and smaller hospitals often have only one or two scopes. The scopes are also fragile, and often require repair after a certain number of cases. With single-use scopes, this is not a concern because the scope is only used once. Some hospitals keep some single-use scopes on hand in case their re-usable scope breaks. This prevents patients from having to have their surgeries canceled or delayed and improves access to care.

Looking Forward to the Future

Other new innovations for kidney stone treatment are in the pipeline today. I think in the next few years, we will see advances in a number of areas, including recurrent kidney stones.