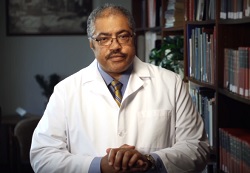 Peyronie's disease occurs when scar tissue called plaques form under the skin of the penis. These plaques can build up and lead to curved erections. These erections can be painful. Peyronie's disease can cause stress, anxiety and depression in men.

Some studies show over half of men diagnosed with Peyronie's will suffer with depression. If not diagnosed early, the disease can cause problems with erections and lead to less satisfied sexual relations. This can cause problems with intimate relationships. Due to the sensitive nature of this disease, many men don't talk about Peyronie's disease with their friends, family or doctor.

Peyronie's disease is thought to happen in about 6 out of 100 men between the ages of 40 and 70. It's rare in young men, but has been seen in men in their 30s. The number of cases may be higher than the estimates because many men may be embarrassed and choose not to see their health care provider.