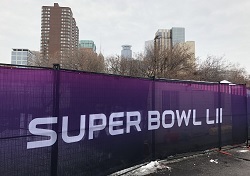 It was a special week in Minnesota for prostate cancer survivor and Pro Football Hall of Famer Mike Haynes leading up to Super Bowl LII. Mike and the Know Your Stats team met with fans and media from all corners of the globe to share prostate cancer education and Mike's story.

Mike is a legendary cornerback who played for the Los Angeles Raiders and New England Patriots. He won Super Bowl XVIII in 1984. But in 2008, came the most vital moment of his life. It was something far more important than a football game.

This is when elevated levels of Prostate Specific Antigen (PSA) in a blood test led doctors to discover he had prostate cancer. Mike had successful treatment and he's now on a mission to keep men everywhere informed on their prostate cancer risk.

Mike and the Know Your Stats team spent major time talking with people about prostate health at the Mall of America during their time in Minnesota. The mall is the largest in the United States. Visitors from the Twin Cities and far beyond gathered there in droves leading up to the Super Bowl at nearby U.S. Bank Stadium. 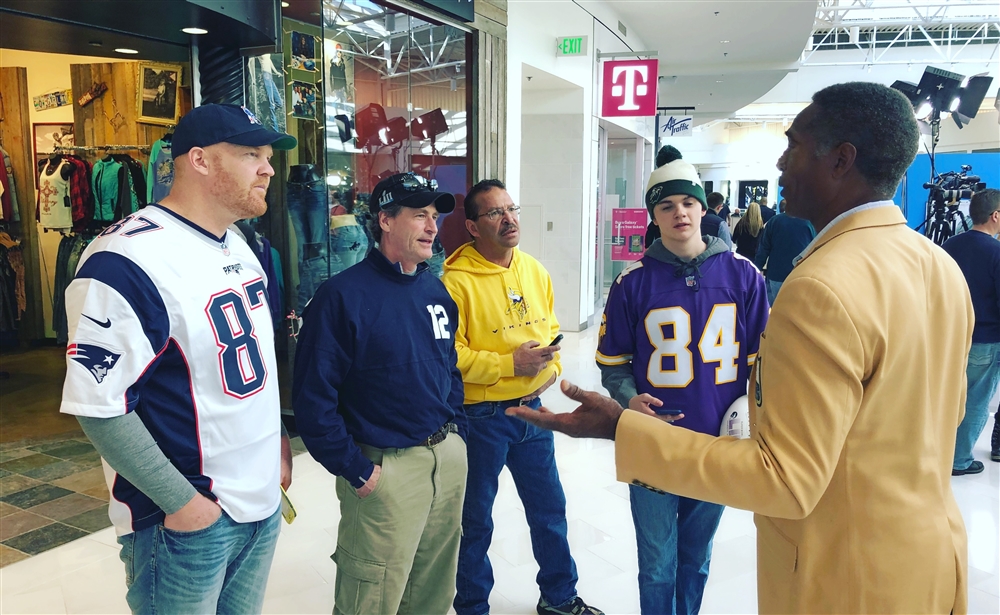 Mike and the Not Done Network

The New England Patriots launched their full-fledged nonstop coverage leading up to Super Bowl LII called the "Not Done" Network. It brought football fans around the world an intimate look into the Super Bowl experience. With Mike being a member of the Patriots Hall of Fame, he came on the network with a strong message of prostate cancer awareness.

During Mike's time on radio row he engaged with media who were able to amplify his message to men and their loved ones throughout the world. Here are some of the top Tweets during Mike's quest to save lives at Super Bowl LII:

The gold Hall of Fame jackets are out in full force today! Always glad to spend a few minutes with @MikeHaynesNFL from the Class of 1997. @KnowYourStats pic.twitter.com/LUmDqwJcW9

Search the hashtag "#KYSatSBLII" to see all of our tweets. To learn more about prostate cancer, and to get free resources on prostate health, visit KnowYourStats.org.