During Black History Month, we acknowledge the courage and tenacity of famous African American prostate cancer survivors and applaud their efforts to raise awareness on a world-wide platform during their illustrious careers.

As many as one in eight men in the U.S. (almost 250,000 per year) will be diagnosed with prostate cancer, that is one new diagnosis every 2.1 minutes, making it the second most common cancer among men. Each year in the U.S., more than 30,000 men (approximately 1 in 41) die of this disease. These statistics increase for African American men how have a higher chance than most other men to be diagnosed with prostate cancer. Key risk factors for prostate cancer include age, race and family history. Unfortunately, differences in access to care and in care practices suggest not all patients receive optimal care. This may be particularly true for those with advanced disease and those in underserved or otherwise vulnerable communities.

The men highlighted below have made their fight public to raise awareness about the importance of early detection and encourage men to know their risk and talk to their doctor about getting tested.

Weather forecaster and morning TV co-host on NBC’s The Today Show, Al Roker revealed in September 2020 that he had been diagnosed with prostate cancer and had surgery to have his prostate removed the following month. "The problem for African American men is in any number of reasons, from genetics to access to health care, and so we want to make it (testing) available and let people know [they've] got to get checked," he said.

Also a retired four-star general in the U.S. Army, underwent surgery to remove a cancerous prostate gland in 2003 at Walter Reed Army Medical Center. Since then, he has become a vocal supporter of prostate cancer awareness.

Actor, activist, and singer/songwriter (perhaps best known for "The Banana Boat Song," with its famous “Day-o” refrain) — added survivor to his resume after he fought and beat prostate cancer in 1996. In the years since, Belafonte, 93, has been refreshingly candid about his ordeal, even going public about his post-surgery struggles with incontinence, a common side effect that Belafonte said he conquered in less than a year with exercises.

A major leaguer for almost 20 years, Griffey won two World Series and appeared in three All-Star games as a member of the renowned Cincinnati Reds’ “Big Red Machine.” The father of baseball Hall of Famer Ken Griffey Jr., Griffey learned he had prostate cancer in 2006 at age 55. He credits his mother’s encouragement to get regular PSA tests done as part of his routine blood work for saving his life. Now he’s involved with educating other men about the condition. 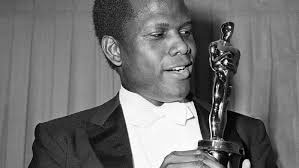 Poitier is a renowned performer, director, author and diplomat who was the first African American to receive the Academy Award for Best Actor. The star of films including “Lilies of the Field,” “To Sir, With Love” and “Guess Who’s Coming to Dinner” was diagnosed with prostate cancer in 1993 when he was 66 years old.