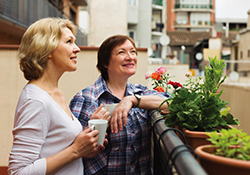 March is National Kidney Month! You might not be aware how important your kidneys are to your overall health. That's why we're leading an effort to bring kidney health education to the top of everyone's mind.

1 in 3 Americans is at risk for kidney disease due to diabetes, high blood pressure or a family history of kidney failure according to the National Kidney Foundation (NKF). Over 26 million Americans already have a kidney disease, and most don't even know it because there are no symptoms until the disease has progressed.

Good kidney health includes making efforts to avoid kidney stones, which are known for being painful. The feeling has been described as being worse than childbirth labor pains. More than a million kidney stones are diagnosed in the US each year. About 1 in 10 Americans will suffer from a kidney stone at some point.

Half of people who have formed a stone will develop another stone. That's why it's so important to drink plenty of fluids to reduce the risk. For more tips and facts, read our free kidney health resources: