AUA Summit - Ask the Experts: What is OAB?

Ask the Experts: What is OAB?

Ask the Experts: What is OAB? 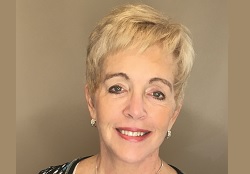 Overactive bladder (OAB) is a common condition that affects millions of people. Overactive bladder isn't a disease. It's the name of a group of urinary symptoms. The most common symptom of OAB is a sudden urge to urinate that you may not be able to control. Some people will leak urine when they feel the urge. Leaking urine is called "incontinence." Having to go to the bathroom many times during the day and night is also a symptom of OAB.

About 33 million Americans have overactive bladder symptoms, but the real number of people with OAB may be much larger. That's because many people living with OAB don't ask for help. Treatment choices for OAB include lifestyle changes, medical and surgical treatments and managing leakage with products and devices. Learn more about OAB.