Making a Difference: In Loving Memory of Anupam Ted Kedia

Making a Difference: In Loving Memory of Anupam Ted Kedia 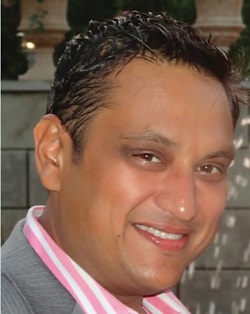 Kalish Kedia, MD, knows how significant it can be for a young resident in urology to receive a fellowship. He also knows about the positive impact that fellowship can have on millions of people.

In 2014, Dr. Kalish Kedia of Cleveland Urology Associates made a generous donation to the Urology Care Foundation to endow a new research scholar award. This gift has had a lasting impact.

"This gift will hopefully change someone's life for the better and will be a great opportunity for a young resident. I was awarded a fellowship when I was a resident and it was a worthwhile experience, a strong feather in my cap," Dr. Kedia said.

The gift has been made in loving memory of Dr. Kedia and Mrs. Usha Kedia's son, Anupam Ted Kedia. As a fitting way to honor their son's legacy, the award has been named the Indian American Urological Association and Anupam Ted Kedia Research Scholar Award.

The Kedia's gift will ensure funds are generated to support the discovery and advancement of urologic research for future generations. This endowment will provide, in perpetuity, support for a two-year award for a scientist engaging in urologic research.

"I want to honor my son. He was a physician, and I want to honor him with this scholarship in his name," Dr. Kedia said.
The Kedia's dedication to giving back and making a difference in other peoples' lives is something they've always focused on as a top priority in their family.

"The most important values that I've taught my children are a need to have respect for other people and the environment around you, and to give back to others," he said.

Dr. Samineni's project, titled Optogenetic Dissection of Cell Type-specific Roles in Bladder Pain, involves using optogenetics (a technique that involves the use of light to control cells in living tissue) to study sensory neurons (nerve cells within the nervous system) associated with bladder pain in order to better understand Interstitial Cystitis (IC). IC is a chronic bladder health issue that produces a feeling of pain and pressure in the bladder area. IC is also known as Bladder Pain Syndrome. The current estimate is that 1 to 4 million men and 3 to 8 million women have symptoms of IC.

The Kedia's gift furthers the career of urology research scientists. The work of these investigators has a major impact on the lives of millions of people who are struggling with urologic disease.

Special thanks to the Indian American Urological Association, Dr. Kalish Kedia and Mrs. Usha Kedia for the investment in the future of urologic research and care!