AUA Summit - Ask the Experts: Can Vaping be Associated with an Increased Risk for Bladder Cancer?

Ask the Experts: Can Vaping be Associated with an Increased Risk for Bladder Cancer?

Ask the Experts: Can Vaping be Associated with an Increased Risk for Bladder Cancer? 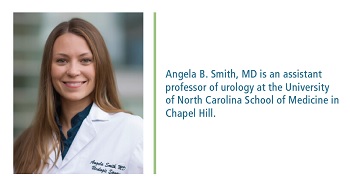 The use of electronic cigarettes (e-cigarettes), which is also known as "vaping", has grown largely since first coming into American culture more than a decade ago. While standard cigarette smoking is a clear cause of bladder cancer, much less has been studied about the bladder cancer risk linked to e-cigarettes. Vaping has been marketed as a way to bring the stimulating effects of tobacco smoke, without the harmful health risks.

Most e-cigarette liquid a user inhales has nicotine, which has been proven to be addictive. Enough evidence has not yet shown that nicotine alone can cause cancer in humans, but studies have shown harmful links between vaping and a patient's bladder cancer risk.

In a different study, researchers found signs in otherwise healthy mice that nicotine from e-cigarettes could be changed into chemicals that harmed the mice's DNA. Researchers found that these harmful DNA changes were much like the effects of secondhand smoke from standard cigarettes.

Cancer is often a slow process. This means studies involving cancer may take years-even decades-to give us facts we can trust. Since vaping is relatively new, it's vital to note that major data are still lacking.

While studies have shown vaping might be useful to help some people quit smoking, the newest proof suggests e-cigarette use is not entirely risk free when it comes to a patient's bladder cancer risk. There is still no such thing as "safe smoking", and we need to still research vaping to find any more potential links to e-cigarette smoke and bladder cancer.

Angela B. Smith is an assistant professor of urology at the University of North Carolina School of Medicine in Chapel Hill.