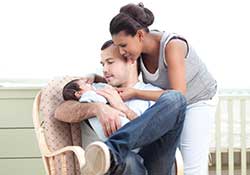 In recent years, newborn circumcision, or the removal of the skin that covers the tip of a baby’s penis, has been a hot topic of debate. Varying opinions and advice may leave many new parents with more questions than answers.

For some people, the decision on whether to circumcise their sons may be a question of religious or cultural norms. For example, circumcision is customary according to Jewish and Muslim traditions. In other cases, parents may simply want their son to look like his father or other male relatives.

“But the trend in the United States is clearly changing,” explained Dr. Anthony Atala, American Urological Association (AUA) member and Director of the Wake Forest Institute for Regenerative Medicine. “The rate of circumcision is falling. In the 1970s and 1980s, over 80 percent of boys born in the United States were circumcised. Today the rate is estimated to be 55 to 60 percent.”

In San Francisco, a referendum to ban circumcision was even proposed for the 2011 election ballot. However, state judges later had that referendum removed. Circumcision rates in the United States vary by region. Western states have the lowest rates, and the north central region has the highest.

Only about one in three males are circumcised worldwide. Around the world, the highest rates for circumcision are in the Middle East, South Korea and the United States. In Latin America, Europe and most of Asia, circumcision is rare. It is on the rise in Africa, where studies have shown that circumcision lowers the risk of transmitting HIV by 50 to 60 percent. According to Dr. Atala, “this is because the foreskin is different from skin on other parts of your body. It’s not like the skin on your arm, for example. The foreskin has a type of cell called Langerhans cells, which are more likely to attach to HIV cells.” Based on these findings, in 2007 the World Health Organization endorsed circumcision as a way to help prevent the spread of HIV. However, this reasoning has less traction in parts of the world where HIV is not as rampant. In fact, in 2010 the Royal Dutch Medical Association in the Netherlands called for a ban on circumcision for young males, stating that the procedure is “medically unnecessary and violates children’s rights.”

In the United States, the AUA and the American Academy of Pediatrics (AAP) each have policy statements on circumcision that recommend the procedure be presented as an option to parents. The AUA “believes that neonatal circumcision has potential medical benefits and advantages as well as disadvantages and risks.” The AAP states that “health benefits [from circumcision] are not great enough to recommend routine circumcision for all male newborns … [but are enough] to justify access for families choosing it.” Parents should discuss the medical risks and benefits with their health care provider. With that information, parents should then consider what will work for their family’s own religious, ethical and cultural beliefs and practices.

So what should parents know about the medical risks and benefits of circumcision? “Well, of course, circumcision can cause pain and stress for the patient,” said Dr. Atala. To reduce pain for newborn circumcision, an anesthetic may be used. Dr. Atala further explained that, “with newborns, there is some evidence that the high level of endorphins [substances made by the body that reduce pain] babies experience for seven to 10 days after birth may help [minimize discomfort].” Also, as with any surgical procedure, there is a risk of complications. “When circumcision is not performed properly, there may be injuries to the urethra or the penis overall. In rare cases, death has even occurred,” reported Dr. Atala. However, circumcisions done by qualified physicians rarely have complications. And the problems that occur are usually not serious. The most common side effect is bleeding or infection. To help avoid problems, parents choosing circumcision for their son should make sure that whoever is doing it is skilled and experienced. Parents should also feel free to ask any questions they may have.

Parents who choose circumcision should be sure to care for the penis and teach their son good hygiene as he grows older. “After circumcision, caring for the penis is simple but important,” explained Dr. Atala. “Wash the area gently with warm water. Pat dry, and apply a new bandage with antibiotic ointment each time you change the diaper,” he advised. The healing process should take about a week. “It is normal for there to be a little swelling, redness and maybe blood at first,” Dr. Atala explained. However, if these problems continue for several days or get worse, if the baby develops a fever or is not able to urinate normally within 12 hours of circumcision, it is important to seek medical attention. “Almost all circumcision-related problems are easily treated,” assured Dr. Atala.

On the plus side, boys who have been circumcised are 10 times less likely to have a urinary tract infection in the first three to six months of life. As they grow older, circumcised males are also less likely to develop penile cancer. However, this type of cancer is rare in the United States. Also, “practicing proper hygiene and ensuring that the area under the foreskin is cleaned properly can help prevent these issues in uncircumcised males,” according to Dr. Atala.

Parents who opt out of circumcision should wash their baby’s penis with soap and water with each bath. Parents should also be sure to teach their son good hygiene and care for his penis as he grows older. “Treat the foreskin gently and make sure not to pull it back forcibly,” advised Dr. Atala. “Once it starts to retract, usually around age five, it is important to clean beneath the foreskin with soap and water regularly. See a doctor if there is any swelling, discomfort or if the foreskin is itchy,” he explained.

Ultimately, circumcision is a family decision, and different choices work for different families. “When parents ask me whether to have their son circumcised, I tell them whatever they feel is best for their son is the right decision,” said Dr. Atala. “In the end, if he is kept safe, clean and well cared for, then the parents are doing the right thing.”

“For some people, the decision on whether to circumcise their sons may be a question of religious or cultural norms. In other cases, parents may simply want their son to look like his father or other male relatives.”