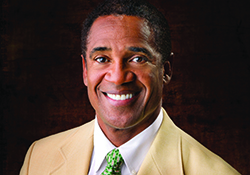 After talking with his primary care doctor, Mike had a biopsy that showed he had prostate cancer. Following a successful treatment, he has been cancer-free for more than five years.

Since 2009, Mike has worked with the Urology Care Foundation and the NFL on the Know Your Stats about Prostate Cancer® campaign. As spokesperson for this national awareness campaign, he educates men and their families about knowing their prostate cancer risks and the importance of talking with their doctor about their prostate health. 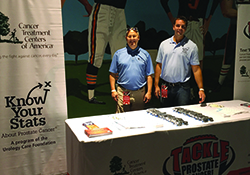 Know Your Stats® joined the Cancer Treatment Centers of America (CTCA) at a Chicago Bears home game this past fall to educate fans on their prostate cancer risk. CTCA also helped raise money to fight this disease.

If you would like to donate to the Know Your Stats® campaign, visit www.KnowYourStats.org/Donate