AUA Summit - How To Keep Your Prostate Happy

How To Keep Your Prostate Happy

How To Keep Your Prostate Happy 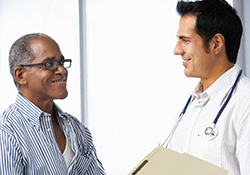 Name a gland in the male body that is essential for fertility but not for erections, and just happens to enlarge, rather than shrink, with age. That's right, the prostate.

Because of the prostate, as men age, they are more likely to look at travel experiences as a series of restroom stops. Navigating to the grocery store, the gas station or to a friend's house for poker incorporates all nearby restrooms. Although not the end of the world, it may be the end of long road trips. Just like reading glasses, it's another reminder that things aren't what they were when we were younger. The prostate is about the size of a walnut and sits at the base of the penis. It wraps around the urethra (the tube that urine comes from). A fancy term for its enlargement with age is benign prostatic hypertrophy (BPH). For reasons still unclear, the prostate continues to grow bigger as a man gets older and this the cause of the urination issues that occur in half of all men by age 60and in almost all men by age 80. Why couldn't the penis enlarge and the prostate shrink? Great question!

Bigger But Not Better

Prostatic enlargement is pretty much inevitable. The urinary symptoms associated with it are treated with pills called alpha-blockers, which essentially enlarge the urethral channel by relaxing the muscle fibers within it. You can start with herbals like that of the woody shrub saw palmetto, pumpkin seeds (zinc), stinging nettle extract, pygeum, rye grass or beta-sitosterol extract and cruciferous vegetables (cauliflower, broccoli) but in randomized trials herbals take a distant second place to alpha blockers. Other drugs called 5-alpha-reductase inhibitors actually shrink the gland by 1/3 of its size and can also help urination. If these pills don't keep you peeing straight and strong, there are also various indescribable procedures that can remove the excess prostatic tissue. And yes, some of them involve lasers, which you just gotta love.The prostate can also become inflamed, termed prostatitis, which occurs in about 10% of men at least once during their lives. This diagnosis is not subtle as most men with prostatitis pee firewater several times an hour.  Ways to avoid this include good hydration, regular, timed voiding and treating BPH when it occurs.

The "C" in Prostate

The last issue with the prostate is no small one: it harbors the most common solid cancer in men. Fortunately, despite the fact that prostate cancer only rarely causes symptoms, most cases are caught early and cure rates are extremely high. The other good thing is that prostate cancer is much more slow-growing than other cancers, doubling in size every 2-3 years instead of every 4-6 months. As such, a man is 8-10 times more likely to die of heart disease than prostate cancer. To further complicate things, prostate cancer increases with a man's age. That means many men have it but never know it, which is fine as long as something else gets you first. Although genetics plays a role in the development of prostate cancer, there are also things you can do to prevent it. Following a heart-healthy, low animal fat, low carbohydrate diet is key to cancer prevention, as are exercise, weight management and stress reduction. Enjoy fruits and vegetables that are high in antioxidants to protect your body from cancer-causing oxidants. Soy and green tea may be especially good for the prostate. Eat more fish, a good source of omega-3 fatty acids. As obesity has been linked to prostate cancer, consider limiting sugar intake too. Finally, there is good data to suggest that a certain class of pills used to slow BPH (5-alpha reductase inhibitors) can reduce the occurrence of low-grade prostate cancer by 25%. Now that's a pill that men might want to swallow! So, for various reasons, don't ignore the prostate. Attend to it before it disrupts the flow of your daily life. And that means taking great care of the body around it. In addition, the American Urological Association recommends screening for prostate cancer between the ages of 55 to 70 years. Compared to a root canal, this screening is much easier, involving a quick rectal exam and blood testing for PSA. Take it from a urologist: happy prostate, happy life! 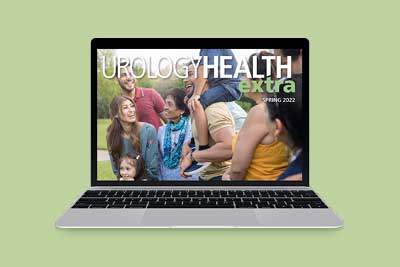