Urology Health - Genetic Testing for Prostate Cancer: What You Should Know 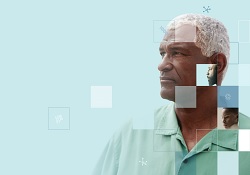 Doctors have known for decades that genetics can play a vital role in breast and ovarian cancer. Lately, scientists have begun to realize that many of these same genetic changes may lead to a man's risk of developing prostate cancer. These findings are leading to earlier identification of men at risk for prostate cancer.

They are also leading to more targeted care options for some men with advanced prostate cancer, says Todd Morgan, M.D., Associate Professor of Urology at the University of Michigan.

This year nearly 165,000 men in the United States will be diagnosed with prostate cancer. More than 29,000 will die from the disease. The risk of prostate cancer is 74 percent higher in blacks than in whites. The reasons for this are still unclear.

Overall, men have a 1 in 9 chance of being diagnosed with prostate cancer. That rises to a 1 in 6 chance for African-American men. Men with a family history of the disease have a 1 in 5 chance of getting the disease themselves.

A man is two to three times more likely to get prostate cancer if his father, brother or son had it. This risk rises with the number of family members who have prostate cancer, breast cancer, and ovarian cancer. The age when a close family member was diagnosed is also a vital factor.

About 5 to 10 percent of all prostate cancers found are hereditary. That means there is a greater chance of the disease running in the family. Prostate cancer tends to be more aggressive in men who have certain inherited genetic mutations compared with men without these inherited mutations.

Some genes linked to prostate cancer also can cause breast, ovarian and other cancers. These genes have a 50 percent chance of being passed on to children. The most well-known of these genes are BRCA1 and BRCA2.

For years, testing for mutations or changes in these genes has helped women learn if they are more likely to develop breast or ovarian cancer. BRCA2, in particular, is linked to aggressive prostate cancer. Other genes that can cause prostate cancer through mutations involve HOXB13, ATM and genes known as "DNA mismatch repair" genes that are linked to a disease called Lynch Syndrome.

Who Should Think About Getting Tested?

There are two groups of men who may want to think about being tested for prostate cancer genes, Dr. Morgan said.

The first group are men with localized prostate cancer (meaning cancer that has not spread outside the prostate) who have a family history of breast, colon, ovarian, pancreatic or prostate cancer.

Doctors may decide whether to suggest genetic testing based in part on his Gleason score-a grading system that describes how aggressive the cancer is.

The National Comprehensive Cancer Network, a not-for-profit group representing many leading cancer centers, suggests a man should think about genetic testing if he has a Gleason score of seven or higher and at least one of the following:

Drugs known as PARP inhibitors are shown to be useful in treating inherited prostate cancer. Certain chemotherapy and immunotherapy treatments also may be more useful in men with genetic mutations. "It is a good example of personalized medicine," Dr. Morgan said. "Over time, we will be able to match up these patients' biologic markers with care plans that will be most effective for them."

Finding out you have a genetic mutation linked to prostate cancer benefits the whole family. Other family members also may want to think about testing. This will tell them if they have inherited the same gene.

This is called "cascade testing" and is often offered to family members after a discussion with a genetic counselor. Men who are found to have a genetic mutation should start being screened for prostate cancer at a younger age than men without a family history of the disease.

The first step in screening is a prostate-specific antigen (PSA) blood test. In general, the higher a man's PSA level, the more likely he has prostate cancer. If prostate cancer is suspected, the doctor may suggest more tests. This could include a prostate biopsy (tissue sample). In a man with a genetic mutation, the doctor may use a lower PSA score to decide whether a biopsy is needed.

If you have an inherited risk of prostate cancer, your doctor may talk to you about certain lifestyle changes. These can include adding exercise, quitting smoking and keeping a healthy weight, which may lower your risk of cancer.

"Many men are surprised to hear inherited genes can play a major role in prostate cancer," Dr. Morgan said. "But when I talk with men who may benefit from testing about why they should consider it, they often decide to get tested in order to receive more health information that can help them and their family make vital health decisions."