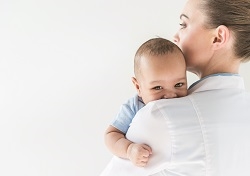 Hypospadias is a common birth defect in boys where the opening of the urethra is not located at the tip of the penis. The urethra is the tube that carries urine from the bladder to the outside of the body. It is estimated that hypospadias affects about 1 in every 200 boys. The condition is most often diagnosed during a physical exam shortly after birth.

Treatment for hypospadias depends on the type of defect your boy has. In most cases, surgery will be recommended to correct the defect. Most hypospadias is mild and actually is more an aesthetic issue than a functional one unless severe. If surgery is elected, it's usually done when the baby is between the ages of 6-12 months old.

If your son has hypospadias, work with a pediatric urologist to discuss the best plan of action.