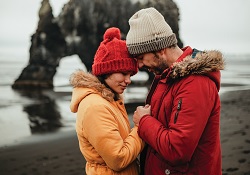 Infertility can make an impact on couples throughout the world when they are looking to have a child. It occurs when a woman cannot get pregnant, or stay pregnant after 1 year of trying with her partner. For women over the age of 35, infertility is when you cannot get pregnancy after 6 months of trying.

It is thought that 1 out of every 6 couples deal with infertility. Male infertility refers to a health issue that lowers a male's chance of getting a female partner pregnant. Up to 50% of infertility cases are believed to be linked to the male.

Male infertility can be the result of a low sperm count, abnormal sperm function or blockages that prevent the delivery of sperm. Illnesses, injuries, chronic health problems, lifestyle choices and other factors can play a role in causing male infertility.

Most often, the cause is related to the process of making or moving the sperm. For example, some men have sperm that have a short life span. Other men can have a very low sperm count (oligospermia). And some men cannot make sperm at all (azoospermia). Sometimes these problems can be reversed. Other times, they cannot. This is why is it is important to talk to your health care provider as they can help sort it out.

"It's important for men to know there are treatable and reversible causes of male-factor infertility," said Stanton Honig, MD, clinical professor of urology at Yale School of Medicine. "There are things we can adjust in terms of lifestyle, medical treatments or surgical treatments that can make a difference."

Understanding Sperm and Their Role in Reproduction

When everything is working as usual, a man's body makes cells called sperm. Sperm are made in the testicles. They are stored in the epididymis, which is the tube that connects a testicle with the vas deferens. Sperm are nourished by semen. A man's fertility depends on his ability to make enough healthy sperm that can then be delivered into the female partner.

Did you know the standard number of sperm released through ejaculation is 100 million? Of these, only one "wins the race" to fertilize the egg. However, for this process to work as intended, hormone levels, genes and environmental conditions all have to be right.

"As time has gone by, however, more people are aware that the man and woman should get checked at the same time if they are having trouble getting pregnant," noted Nangia.

Other Causes of Male Infertility

While problems with sperm are the most common reason for male infertility, there are also other causes. Sometimes there are physical problems with the testicles. Other times, there are blockages in the ducts that carry the sperm (varicoceles). Taking medication for conditions such as depression, cancer or high blood pressure can also change sperm production, function and delivery.

Lifestyle factors such as being overweight or smoking cigarettes can lead to male infertility as well. According to Dr. Nangia, direct heat, hot baths and hot tubs are real factors that can play a role in male infertility. "Other issues like wearing boxers or briefs, or just being hot outside don't make any real difference," he said.

When to Seek Out Help and What to Expect

Dr. Honing notes that if a man is having trouble with infertility, it is worth it for him to see a urologist as soon as possible to find out the root cause.

The urologist will take a medical history and do a routine physical exam. "It's usually just talking to a doctor, having a painless physical exam and gathering a semen analysis," said Honig.

For many men, these steps will be enough to pin point the issue. But if needed, extra tests such an ultrasound, blood work or a hormonal profile may be ordered to further check the potential cause.

The good news is that many cases of male infertility are treatable, which allows couples to achieve their goal of having a family. Male infertility can be treated without surgery, with surgery or with assisted reproductive technology treatments. Non-surgical options include lifestyle changes, medications, counseling or hormone treatments. Other treatment options include surgery or the use of assisted reproductive technology.

When there is no semen (anejaculation), medications are typically tried first. This is usually successful. If not, there are other options to consider. Depending on the cause of infertility, surgery may be needed. Surgery can be used to correct a defect or remove a blockage. Common surgical procedures include vasectomy reversal, blockage removal and varicocele repair.

If an infertility treatment fails, your health care provider may suggest ways to get pregnant that do not involve sex. These methods are called assisted reproductive techniques. Examples of these techniques include in vitro fertilization (IVF). That's when the egg of a woman is retrieved from the ovaries and fertilized by sperm in a lab. Then, after 3 to 5 days of growth, the fertilized egg (embryo) is put back into the uterus.

Another way involves intrauterine insemination (IUI), or placing sperm into the woman's uterus through a tube. IUI is often used when there is low sperm count and movement problems, or when there is retrograde ejaculation (known as dry orgasm).

Advances in reproduction techniques have moved to the point where a single sperm can be physically inserted into an egg. This procedure is called intracytoplasmic sperm injection (ICSI) and has changed the treatment option for even the most severe male-factor infertility. Because of ICSI, up to 80% of infertile men have the potential to conceive with their partner. "Non-obstructive" azoospermia is a condition in which the man does not have sperm in his ejaculation.

In about 50% of men with this condition, sperm can be found in the testicles using a microscope. Innovative technology now makes it possible to extract those sperm and use them in ICSI.

If you struggle with male infertility, there is hope. Dr. Honig reminds men to be tested sooner rather than later. That's because many male infertility issues are treatable and reversible.